In Mrs. Pope's pre-algebra class, we are learning how to prepare ourselves for real algebra by learning all the basic steps in pre-algebra. Some things we learn in this class are how to solve equations with variables on both sides, multiplying and dividing fractions, etc. And also, Mrs. Pope is the best pre-algebra teacher ever! 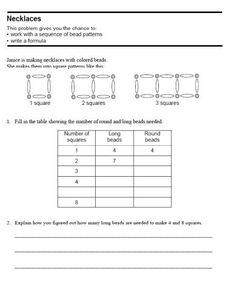 Click for larger image
This assignment wasn't really a project, but it was close to one. For this task, we had to solve all the problems and then present them in front of the class with our partner. We also had to do another task but we chose to present this one because we felt like it was more simple. Well, anyway, I didn't really have a problem with it. It was simple and easy and it was just another simple presentation. I was use to presenting.


I had also learned this in 6th grade, so this was like a review for me. When I first learned it, I thought it would be difficult for me, but it wasn't really all that hard. These kind of math problems are actually kind of fun to do.