In Mrs. Frazier's English class, we are learning about all the different rules in the English language. We also learn new vocabulary words which helps us expand our choice of words. We also write many essays based on the book or story we have read. 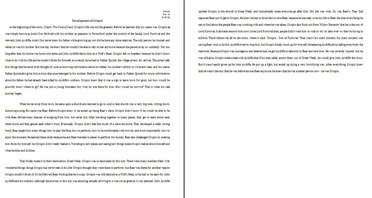 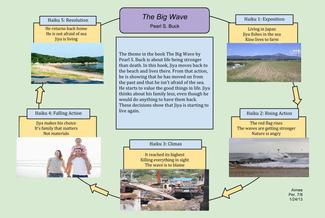 Click for larger image
This project was done for the China Civilization part in Core. We read a book called "The Big Wave." This story was about two boys who lived different lives in China, but became very good friends. One of the boys', Jiya,  house was destructed by a hurricane. From there, Jiyu had to choose whether to live with his close friend who was very poor or the mayor who was very rich and had a home that was not destructable.

Click for larger image
Collaborize classroom is a website where the teacher posts up a topic or question, and the students come together to share their ideas on that topic. We have frequently used this website in core class. This website allows us to share ideas on the topic that we've been assigned to discuss about. One of the most recent topics that was assigned to us was about Shabanu, a book that we are currently reading in class. Our teacher, Mrs. Frazier, asked us which event in the book has been the most effective so far. There were many different opinions, which was great because it allowed everyone to be open minded. I learned that this project allows us as a class to share our opinion in a cool way. We were also able to give feedback on our classmates' ideas.